Just when most other car-makers are dropping powerful petrol V8s from their line-up Bentley has decided to introduce one in its Bentayga. On paper, it doesn?t make sense. Especially since it?s set to be priced in spitting distance of the far more advanced V8 diesel that can cover 1000km between tankfuls. Worse still, the less efficient V8?s fractionally quicker acceleration is, in the real-world, negated by the oil-burner?s towering torque peak ? but rule out the new V8 at your peril because if you?re in the market for a Bentayga it?s the best version Bentley currently makes.

Bentley?s gamble to create a super-luxury SUV has paid off. Just two years after it risked its near 100-year heritage the small volume British car-maker is celebrating 10,000 sales worldwide. 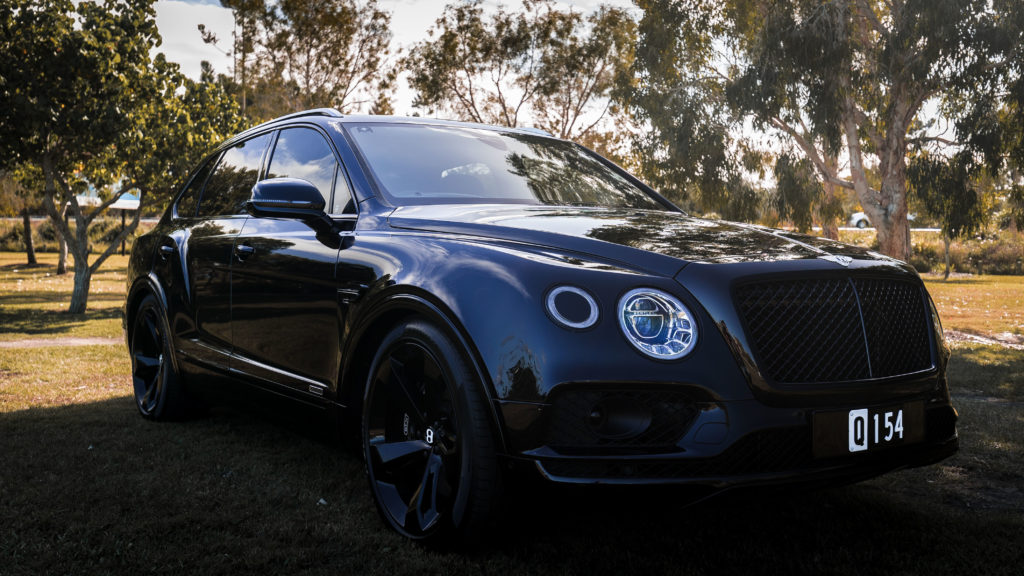 Capitalising on its success, this year Bentley wants to broaden the appeal of the Bentayga. Sadly, this hasn?t involved trying to make it any prettier but by adding a new V8 and a plug-in hybrid. The latter is set to be revealed at next month?s Geneva motor show.It seems an odd decision, in Australia at least, because on paper the diesel makes it completely redundant.After all, how can a petrol compete with a 4.0-litre V8 diesel that possess not only two turbos but a trick 48-volt driven electric compressor that gives it a towering 900Nm torque peak?

The need for the new engine and plug-in version no doubt comes from Europe where the backlash against diesel is in full swing. Think of the petrol V8 as a wise piece of future-proofing. 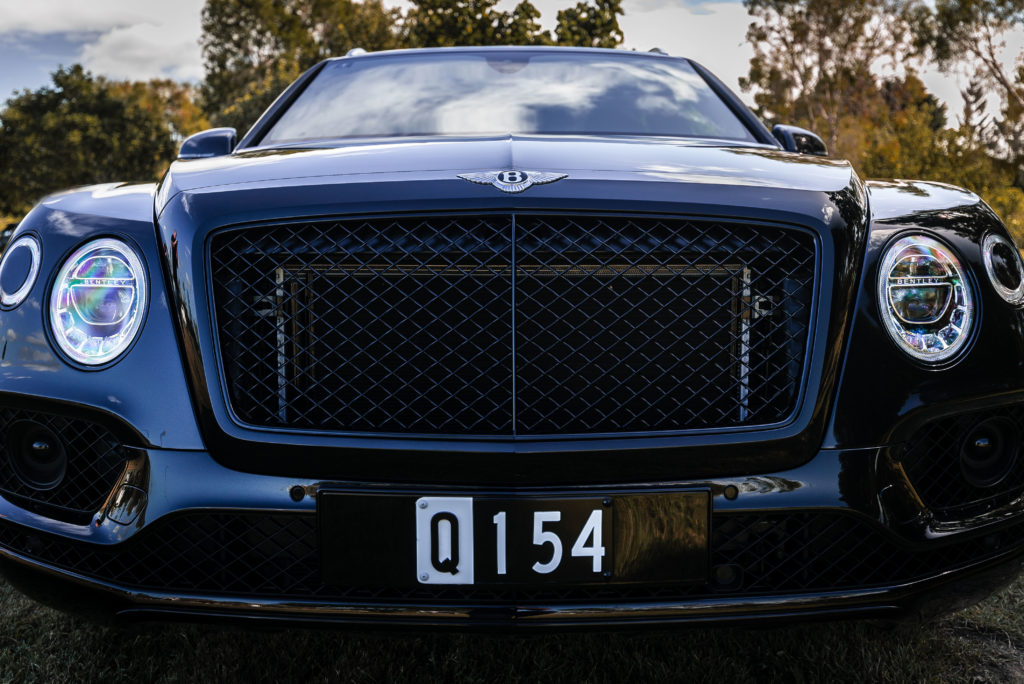 Live with that and, from then on, the V8 makes for an effortless match for the luxury SUV.Only scratching the potential of the 4.0-litre V8 that cleverly packages the two twin-scroll turbos with the cylinders ?hot-vee?, Lamborghini had little trouble squeezing an additional 74kW/80Nm out of it for its forthcoming Urus and behind the wheel of the Bentley it feels unstressed.In fact, delivering its maximum torque from just 1960rpm, the thrust on tap is borderline alarming. Better still, the V8 also loves to rev all the way to 7000rpm ? but the main reason you?ll fall for its charms is not how flexible it is but just how wonderful it sounds in situ.

Potter around town and there?s a deep, meaningful rumble that builds to a glorious snarl as it nears its red line. It sounds far more natural, and interesting, than the unusual off-beat V6 sounding W12. 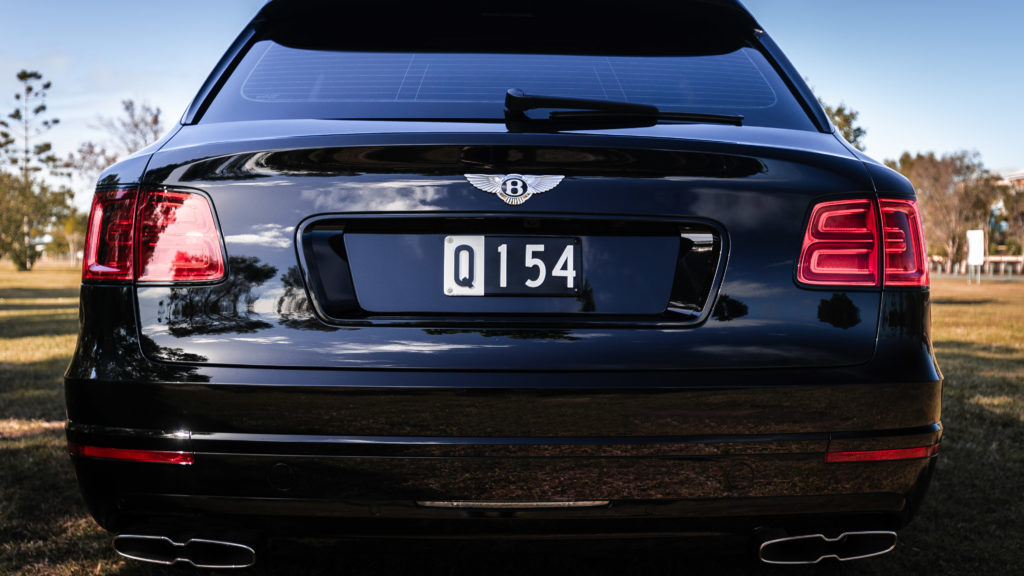 Perhaps the cleverest trick is the tuneful V8 knows its place. On the highway, when you?re not in the mood (the Sport mode opens a valve in the exhaust) the engine is almost imperceptible.Same goes for wind and road noise even on the large 21-inch winter tyres. Bentley said it would have been tempting to create a sportier version of the Bentayga, and a more powerful Speed version is ?entirely feasible?, but for the standard version engineers decided to make it as comfortable and relaxing as the W12 and diesel.

That means the adaptive air suspension and trick 48-volt active anti-roll stabilisation carry over with the same comfort bias. Like the other Bentaygas, the V8 come with a Comfort, Sport and ?Bentley? auto mode that sharpens up or slackens-off the responses of the engine and transmission, while adding weight to the steering.

Select sport and it is remarkable how much speed can be carried along an alpine road and, with the active roll-stabilisation, big body movements are largely kept in check. There?s some roll, but that?s understandable given the size and weight management involved. 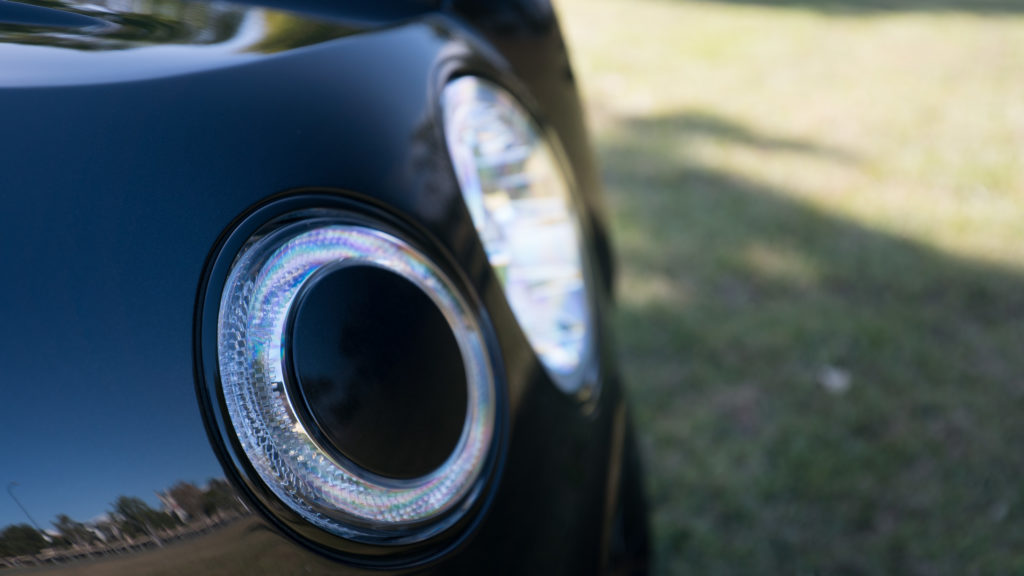 In Australia the Bentayga V8 is priced $300 less than its diesel sibling. That means the V8 petrol-powered SUV weighs in at around $334,700 ? a huge sum of money and an amount difficult to justify considering both a Range Rover and Mercedes-Benz GLS offer similar levels of refinement and comfort.

But if you want the very best luxury SUV money can buy, the Bentayga still has all its rivals beat with added exclusivity to boot and, if it were our money, we?d choose the new petrol V8 every time.