Hey guys, here we are at the Gold Coast 600 with the Queensland Dirt Cart Champions!

These young men are from Marist College in Ashgrove and they have some really exciting news to share with us.

They?ve been at the Ipswich Dirt Car Track and they?ve been competing over the last three years, so you boys went alright? How did you go today at the event?
– Oh, we went alright but I had a crash. Someone took me out!
– I got the fastest lap time of the day and a win so yeah!

So, tell us is it hard to do? We?ve never been on a dirt car track – could Tiana do it?
-Yeah, we reckon she could!

So, tell us what it?s like driving on the dirt?
-Oh, driving on dirt is unbelievable. You can drift, it?s so much fun. Dirt bikes are fun too, I?ve been riding since I was three so I love it.

So, that feeling, are you buzzzn the whole time?
-A bit nervous at the start making sure you get a good start but after that, the nerves go away and it?s just fun.

Awesome lads! Congrats on the win – give it up for the Queensland Dirt Bike Champion! 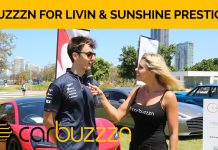 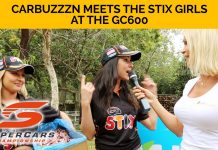 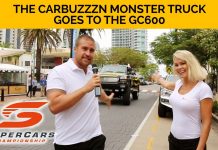 The Carbuzzzn monster truck goes to the GC600