How?Does It Feel Like To Drive An Aston Martin DBS Coupe ?

Listen to Joshua Baxter’s On The Road Review:

My first experience getting behind the wheel of an Aston Martin DBS Coupe was one of disbelief more than anything. It’s seeing something in front of you time and time again, growing up watching a lot of the Bond movies, and having the opportunity to jump behind the wheel of that exact same car that you’ve seen on the silver screen. It’s kind of a little bit surreal. 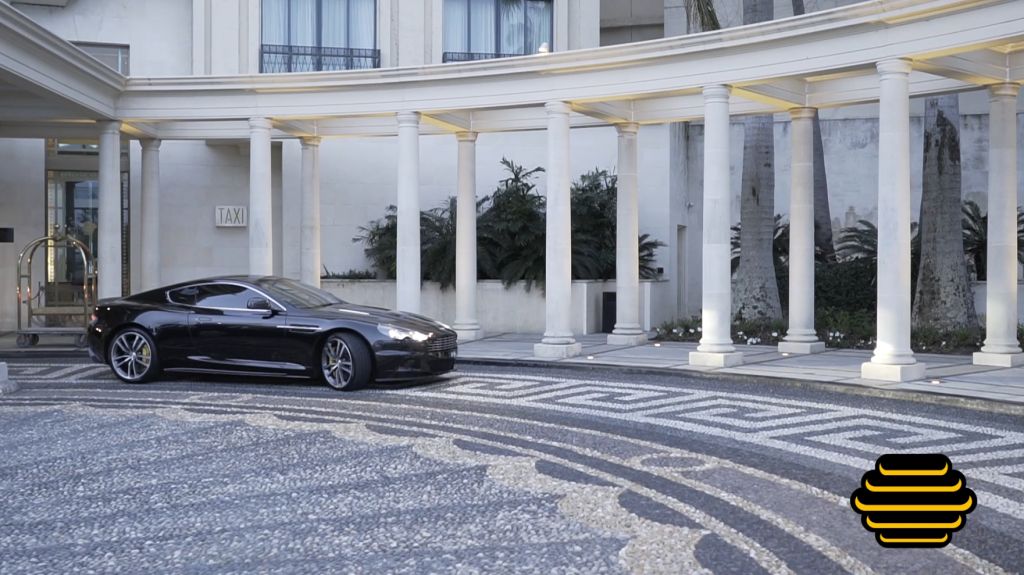 The first impression behind it is, you walk up to the car and it is, everything is purposeful. Everything looks like it goes fast. For seeing some sort of elements of style throughout life, you know you just look at something and the ratios are all right. You don’t know why it looks so much better than everything else around you, it’s just a feeling that you get inside, and there’s a feeling of comfort. And that’s exactly the same thing that ties in when you actually sit in the car.

Everything is all-encompassing, there’s an element of theatre behind it. It has the crystal key that you plug in, and there’s this little process, this little system that you go through that lets you know that you’re ready to engage and step in behind the wheel and take off. It’s almost fighter pilot-like. I don’t know, I’ve never, I’m not a fighter pilot, but it, what I would imagine it would be like to jump in a cockpit of a fighter pilot’s jet and away to takeoff. It had this length through the nose, and all the elements are sort of refined to the point of, “Yes I’m in this car that’s exceptionally powerful, but I’m going to drive this thing every single day.” 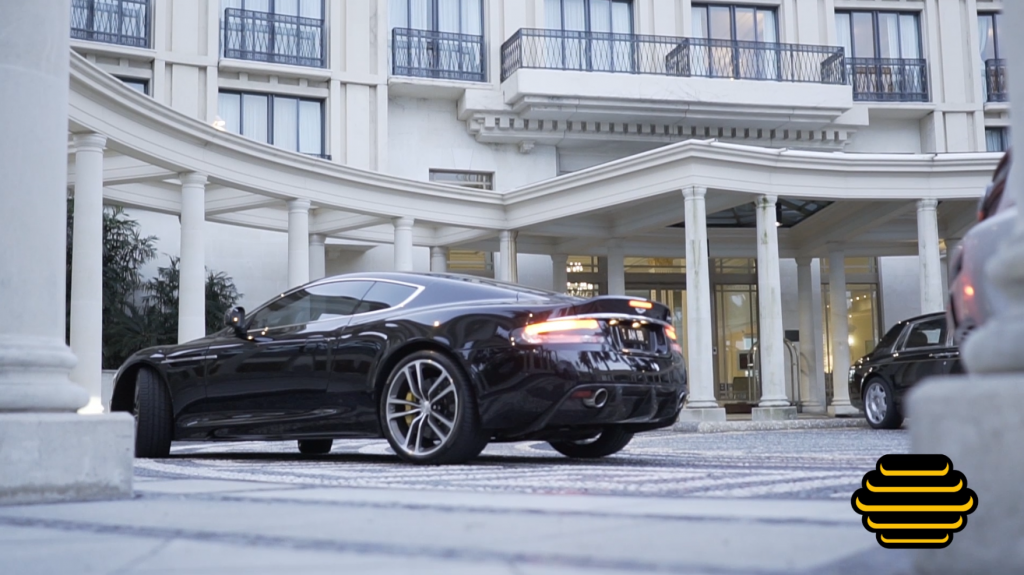 Once we got out onto the road, the first thing was always in the back of your mind, V12, V12, V12, V12. It’s something completely different than you would normally feel with a V8, or a turbo-ed engine. It’s got a more, it’s a more robust rumble. It’s a feeling that’s quite indescribable until you actually have the ability to sit down and feel that V12 move. The ability to click it onto Sport Mode as well, everything changes, it goes from this day-to-day driver to this track-ready beast. Then the note in the engine changes coming through the exhaust. It is a lot more fun, that’s all I can say, it’s a lot more fun. With my wife beside me, she’s like cruising along, enjoying it, “Wow, this is beautiful, this is comfortable, I can see us going for a long-haul trip in it or just cruise on a Sunday, albeit being our daily drive.” But when you want that track-ready experience, there’s the

With my wife beside me, she’s like cruising along, enjoying it, “Wow, this is beautiful, this is comfortable, I can see us going for a long-haul trip in it or just cruise on a Sunday, albeit being our daily drive.” But when you want that track-ready experience, there’s the Sport button. There’s the Sport button staring back at you, ready to go. Click that button, the whole car just turns into a different animal. It goes from being this elegant, poised machine, to this race-ready, just beast, ready to go. Looking like James Bond, feeling like James Bond. All the good things that you want to experience in a car. 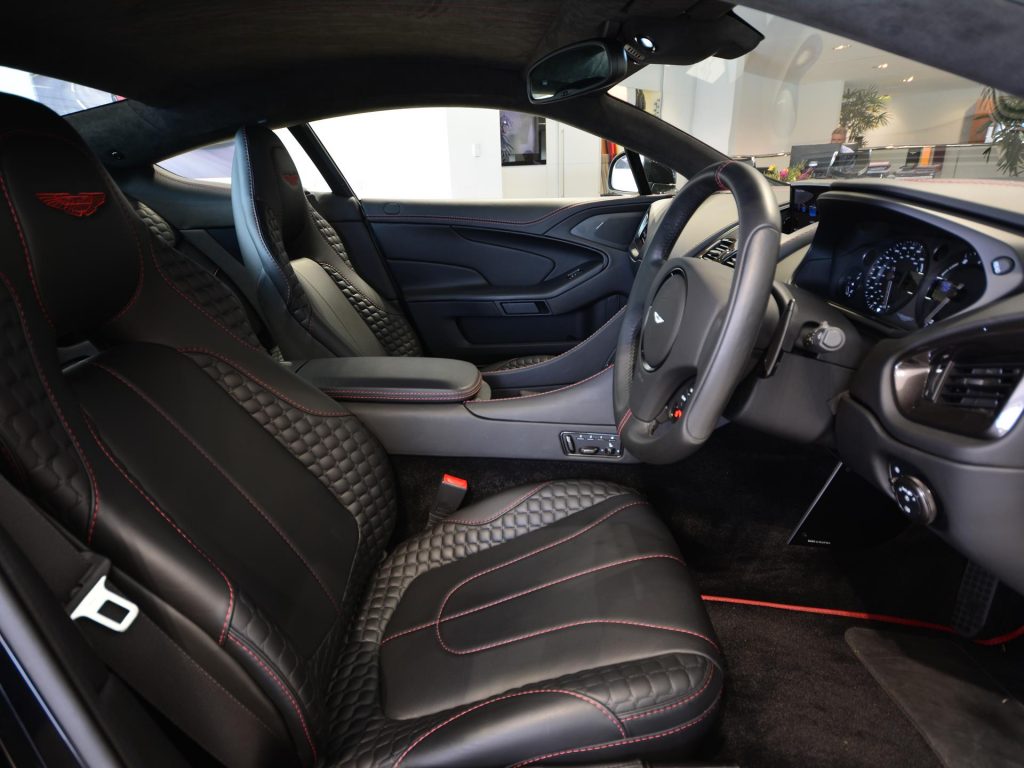 That’s emotion. Without that emotion, without that emotive element to the car, that theatre, that all-encompassing sensory overload, I don’t believe it would have the same effect. If it didn’t have all those little finer details, yes you’re sitting in a car with a V12 engine and lots of horsepower, ready to go, but it’s the little things. It’s the little things that someone’s obsessed over. It’s the stitching. It’s the crystal key. It’s the seat position. It?s the amount of vision that you do have in the car. Instead of just looking straight out the windshield and thinking, “This is all I’ve got to see”, you can look around and it is, that’s probably the best part about it, you have so much field of vision all the way around you with 360 degrees. You don’t feel like you’re kept in this little car, or kept in this car in this little cockpit. You feel like you’re in a big car. Which you are.

The footprint of the car is large, but the cabin itself is not massive, but you don’t feel like you’re squished in at all because you have so much vision. 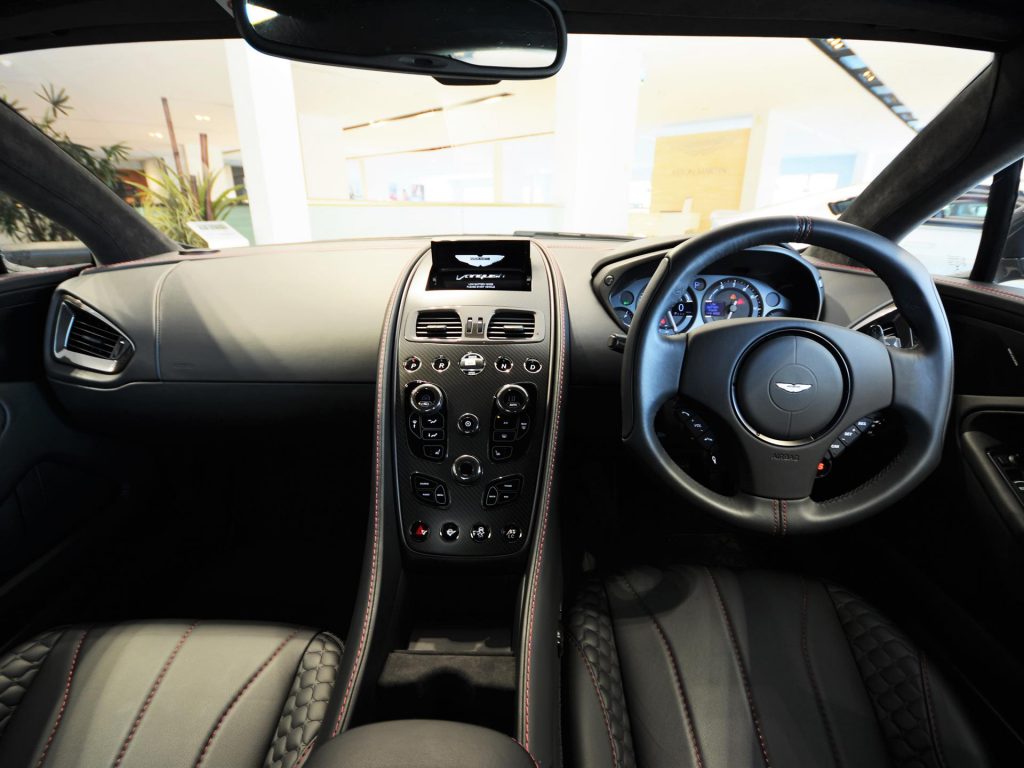 So my first experience in a DBS Coupe was one of joy. Was one of excitement, and it was one of something that would keep me coming back every single day. Every single day for the daily drive, and then when in an instant, you can turn it on and you can let yourself feel those raw emotions of power, of excitement, of everything that a car should be. For a great crossover, it’s not quite a supercar, it’s not quite a sportscar, it’s somewhere perfect synergy right in the middle, that lets you feel something every single time you put your foot down, that V12 engine will roar, will put you back in your seat, but then you feel like you’ve got class.

You feel like you can turn up to a premiere of something and you are in the right vehicle. And you’re going to go for a Sunday cruise, you are in the right vehicle. The 10-year-olds, they talk, stare and look at it. The guys through the, in the older demographic, and the women in the older demographic, they turn and look at the head of it. It has a head-turning ability to it, that is not so showy that people are like, “Hey you wanker, look at you”, no, it’s the polar opposite. It’s something that’s acceptable in absolutely everybody’s eyes and it’s a thumbs-up.

Me, I loved it. I recommend it to everyone, and I can’t wait to do it again.